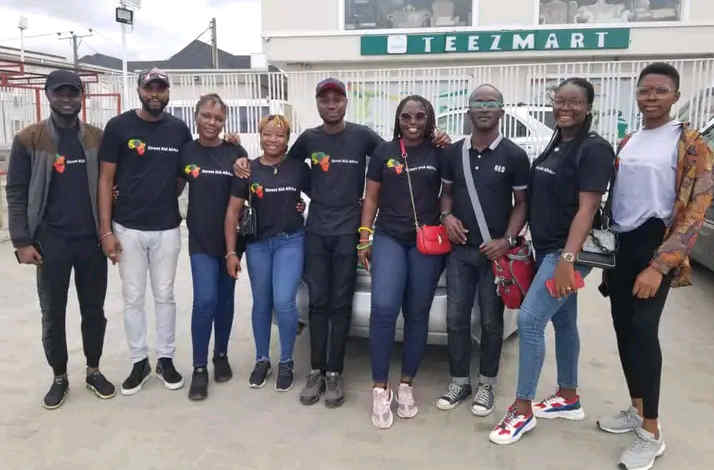 The nation’s climate has been changing, as can be seen in increases in temperature; variable rainfall; rise in sea level and flooding; land degradation; more frequent extreme weather events; affected freshwater resources and loss of biodiversity.

The durations and intensities of rainfall have increased, producing large runoffs and flooding in many places in Nigeria.

With the rising concern on climate change in Nigeria and the effects of climate depletion on the environment, a Non-Governmental Organisation, Street Kid Africa will be partnering with a United Kingdom based Organisation, Strengthening Communities (UK) and Mother’s Knight in organizing the first ever climate change school debate in Lagos, Nigeria.

The Debate is scheduled to hold on October 29, 2022 at the Jakande, Lekki, Lagos State with participating schools arguing for and against the proposition of ‘Whether Tree Planting should be made compulsory in Nigeria to save the climate’’.

Whilst giving an insight into Street Kid Africa’s vision and mission, the General Secretary, Precious Ogeh stated that Street Kid Africa is a Non-Profit Organization with headquarters in Lagos and a branch in Kano State comprising of young professionals, established to, among other things, cater for the needs of street kids who are less privileged and out of school. In her further remark, she stated that the organization believes that all children, no matter where they live or what their circumstances are, have the right to quality education.

The debate will feature award presentations to the participating pupils and winners. The panelists will comprise of highly qualified educationists from different parts of Nigeria.

Whilst speaking at a media parley, the Organisation’s Director of Media and Strategic Communications, Mrs Chibuzor Onye stated thus;
As part of our vision to educate school children particularly those in rural communities, we are organizing the Lagos Slum School Climate Debate to bring together kids in slum schools to debate on the effect of tree planting on the climate in Nigeria. The title for the debate is ‘Should government make the planting of trees compulsory?’. Some of the kids will speak in support of tree planting, while others will speak against the proposition.

According to Chibuzor, Street Kid Africa has consistently taken actions to assist indigent children by reaching out to them and offering scholarships and donating school materials amongst others.

She stated that the Organisations’ founder, Ehiwe O. Samuel as well as all the Directors and members of the organization believe strongly that every child deserves to go to school and be given quality education.

Nigeria appears to be taking the issue of Climate Change seriously with the recent inauguration of the National Council on Climate Change by the President of Nigeria.

During the inauguration, the President charged the Council with the task to formulate appropriate policies towards achieving green growth and sustainable economic development for Nigeria.

The President said it marked the commencement of the implementation of the Climate Change Act 2021 and a new chapter in the renewed response to climate change in the country.

The President also directed the Attorney General and Minister of Justice in conjunction with the Minister of Environment to initiate appropriate amendments of ‘‘noticeable implementation challenges” inherent in the Act.

With this debate, the organizers will be able to, amongst others, create climate change awareness in schools in schools and help the kids intellectually.