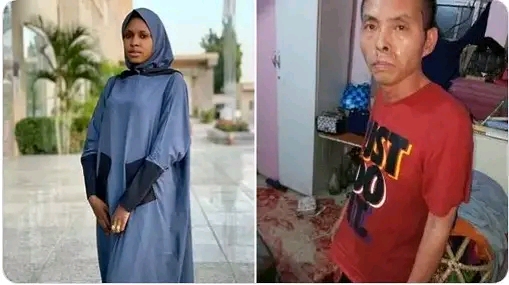 A Magistrate’s Court in Kano has ordered the remand of a Chinese national, Geng Quanrong, over the murder of his Nigerian lover, Ummukulsum Sani Buhari.

The court ordered that the accused person be remanded in Kurmawa Medium Security Custodial Centre.

The order of the court followed the arraignment of the accused person before the court by the police on the charge of culpable homicide contrary to section 221 of the penal code.

However, the Magistrate, Hanif Sanusi Ciroma, held that the court lacked the jurisdiction to entertain the case.

Prosecution counsel, Khalifa Auwal Hashim, thereafter appealed to the Court to return the accused to the a custodial facility since it had no jurisdiction pending the legal advise from the Kano State ministry of justice.

In granting the appeal, the magistrate ruled that the accused person be remanded at the custodial facility till October 13, 2022 for arraignment before a court with jurisdiction.

Recall that Ummita was stabbed to death last week. The deceased and accused were said to have been dating before the the unfortunate turn of event.