Chidoka: PDP In Dilemma Over Zoning Of Presidency 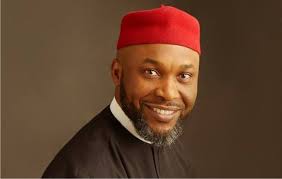 Former Aviation Minister and a chieftain of the Peoples Democratic Party (PDP), Osita Chidoka, says the main opposition party is in a dilemma over the zoning of presidency to any region.

Chidoka, who spoke during an interview on a live television programme, said he would personally want the PDP to field a southerner from the eastern part of the country as its candidate.

He however explained that his party is faced with two tough options – either to struggle to clinch power or embrace zoning to the detriment of winning the polls.

He said: “PDP is in a kind of dilemma. Do we struggle to win power first or continue our zoning as we have done or do we continue with the zoning even if that candidate may or may not win the election?

“First of all, the Igbo people will have to bring out a candidate that can convince Nigerians because Nigerians are not a party to this internal party zoning structures.”