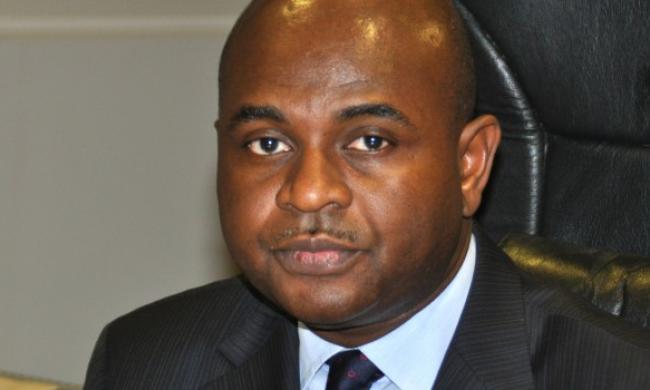 The former Deputy Governor of the Central Bank of Nigeria (CBN), Professor Kingsley Moghalu has blamed the nation’s worsening economy on the Minister of Finance, Zainab Ahmed, describing her fiscal mismanagement of Nigeria as a ‘calamity’.

The Anambra-born political economist, who took to his Twitter handle @MoghaluKingsley, accused the current leadership of the CBN as an appendage of the government rather than being independent. “It sees itself as a quasi-fiscal agent, using its ability to print money, for the government of the day,” Moghalu said.

He said the wheels have come off the Nigerian economy, which he described as a victim of a mismanaged fiscal space and a deeply compromised central bank that has sold its soul to politicians and private sector profiteers.

Moghalu stated in the tweet, “It’s not often I agree with Nigeria’s Minister of Finance Zainab Ahmed. Not because of anything but because I fundamentally disagree with what I consider her fiscal mismanagement of Nigeria. But at least she recently gave an honest assessment of how broke-assed Nigeria is now.

“As for my dear beloved @cenbank and its Governor, the less said the better. For that, I believe, is the ultimate calamity. Why? Normally, the Finance Minister directly answers to the President. Where a federal government is not reform-oriented as in the President Obasanjo era the Minister can be subjected to negative political pressure if he/she is not a strong, respected and accomplished personality like @NOIweala, of whom politicians were wary because she wasn’t exactly into one-chance bus travel masquerading as “fiscal management”.

“Moreover, President Obasanjo protected her and her reforms. President @GEJonathan strongly backed her, even if “parallel” other activities that were kept beyond her remit, eg in the petroleum sector, went on. But where a @cenbank is truly independent, as we were in our time, it can serve as a check, in the national interest, on the worst excesses of profligate politicians that often dot Nigeria’s landscape of high-level public appointments.

“In the current scenario, the leadership of the Bank evidently does not believe in the concept of central bank independence in its operations. Rather, the Bank asks “how high?” once the Presidency says “jump”. It sees itself as a quasi-fiscal agent, using its ability to print money, for the government of the day. This is what the rent-seekers and parasites that benefit from this situation justify as “unorthodox” central banking (as in, of course, central banking in Zimbabwe and Venezuela).

“Well, what’s the result today? Between a mismanaged fiscal space and a deeply compromised central bank that has sold its soul to politicians and private sector profiteers, the wheels have come off the Nigerian economy. If the CBN is busy printing money for the government through illegal Ways and Means lending, and then pretends to be fighting inflation by belated raises of the Monetary Policy Rate and what one commentator aptly termed a “dubious” cash reserve ratio policy on commercial banks, how can we fight inflation successfully?

“Please don’t tell me that “inflation is a global phenomenon” just as some will mischievously or ignorantly refer to the levels of debt to GDP ratios of advanced, productive economies. There is a difference between real global challenges and us fundamentally killing our own economy with our own hands in the service of corruption, vested interests, and incompetent political leaders.

“The combined fiscal, monetary and forex calamity superintended by the Federal Ministry of Finance, Budget and Planning, on the one hand, and the leadership of the CBN of the past 7 years, on the other, is a tragedy for Nigeria that could have been avoided. The effects on the lives of the average Nigerian are truly sad to see. This is a cautionary tale for the next President of Nigeria.

“If we want to renew and revive Nigeria’s economy, the right politics will be to do the the RIGHT thing. Let institutions that are statutorily independent be so. Let competence govern critical aspects of our national life.

“The CBN is the greatest repository of fine, competent technocrats in the Nigerian public sector today. Other agencies of government have in the past relied heavily on the Bank for the secondment of competent personnel. The same caliber of economists and technocrats are still there. The politics at the top has tied their hands.”

NBA TO PROVIDE CRECHE FOR FEMALE LAWYERS WITH BABIES AT AGC