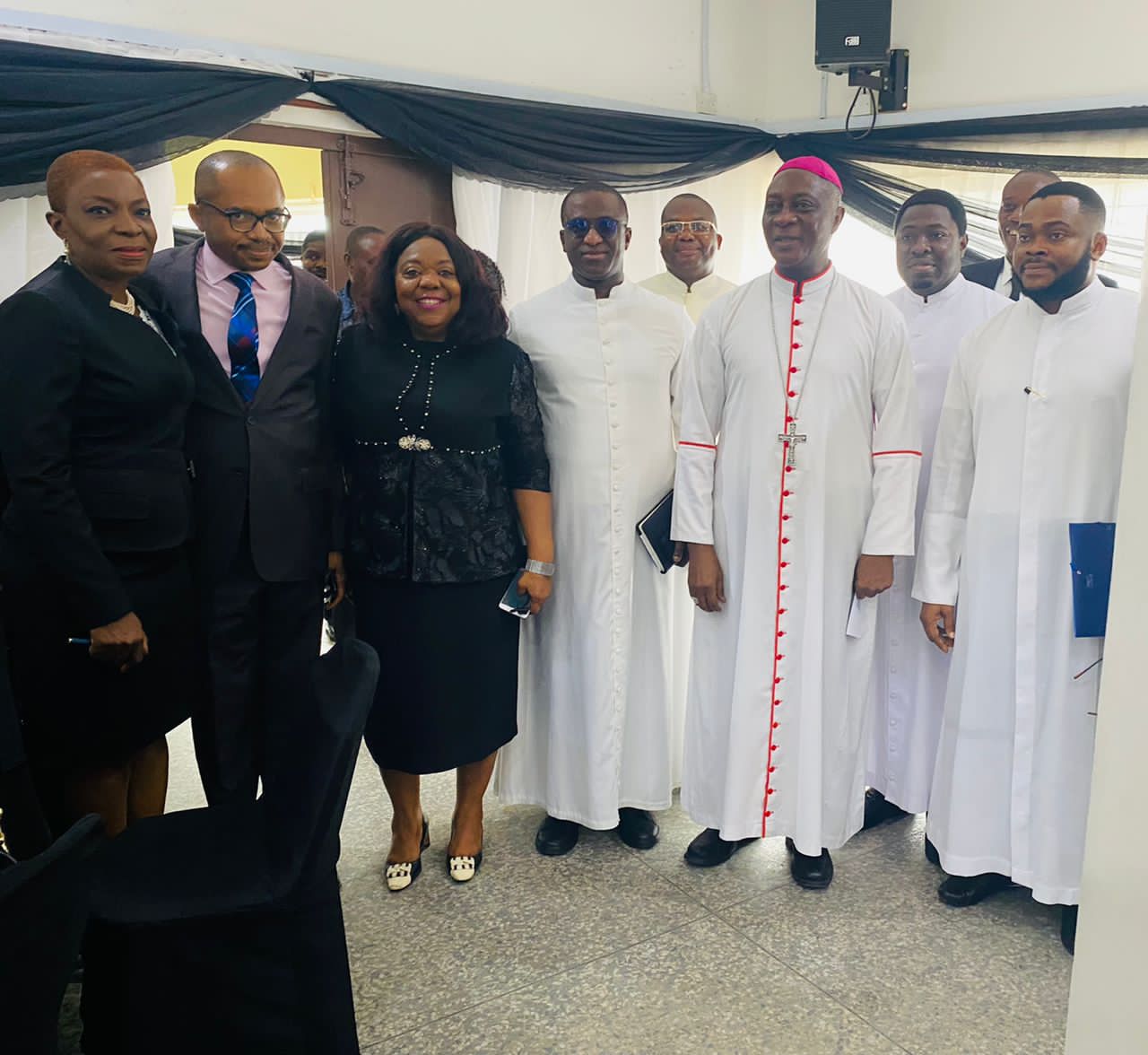 The National Association of Catholic Lawyers (Lagos Archdiocese) hosted the Archbishop of the Metropolitan See of Lagos, His Grace, Most Rev. Dr Alfred Adewale Martins, in an event tagged “A DAY WITH THE ARCHBISHOP” held at the Catholic Church of the Assumption Falomo, Ikoyi Lagos.

The event was attended by the Archbishop and his entourage comprising Deans of some Deaneries and Parish Priests.

The event is an annual town hall meeting where the Archbishop discusses with Catholic Lawyers in Lagos Archdiocese on issues bordering on justice and the role of lawyers in the Church and Society.

The theme of this year’s event was “Empowering NACL for Service to the Church and Society” and the Keynote Speaker was Rev. Fr. Raymond Anoliefo.

In his Keynote presentation, Fr Anoliefo stressed that “every Catholic Lawyer is expected to be abreast with the Catholic Social Teachings which include: Life and Dignity of the Human Person; Call to Family, Community, and Participation; Rights and Responsibilities; Option for the Poor and Vulnerable; The Dignity of Work and the Rights of Workers; Solidarity; and Care for God’s Creation”.

In his words, “The Catholic Lawyer is empowered to serve the Church and Society. He/She is expected to possess certain sterling qualities that would position him/her as an authentic witness of Christ to the world”. He noted that one of these qualities include “competence”.

“A Catholic Lawyer must be competent of his/her role in the Church and the Society. Such an individual must be competent in matters of faith, sound philosophy and the technical aspects of the profession”, he said.

The Archbishop commended the Catholic Lawyers for the work they do both in the Church and Society and urged them to keep up the good work.

The Sporting facilities were handed over to the Officials of the Lagos State Command of the Nigerian Correctional Service (formerly Nigerian Prisons) on behalf of the inmates of the 5 Correctional Centres in Lagos.

The Officials of the Lagos State Command of Nigerian Correctional Service thanked the Catholic Lawyers for their continuous support and more particularly for the gifts of the sporting facilities.