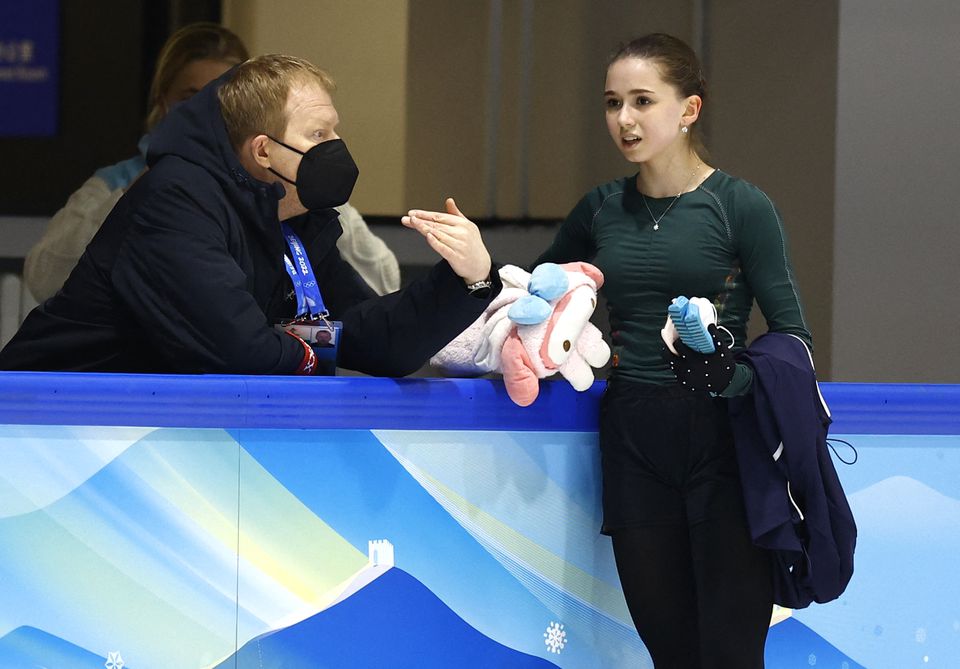 The Court of Arbitration for Sport (CAS) has concluded its hearing on Russian figure skater Kamila Valieva after she tested positive for a banned drug but a final decision on the teenager will be announced later on Monday.

The 15-year-old prodigy, who became the first woman to land a quadruple jump at the Olympics en route to winning gold with the Russian Olympic Committee (ROC) in the team competition, tested positive for a banned heart drug on Dec. 25 but it took more than six weeks for the result to be made public.

Her future at the Beijing Games and the team gold won by the ROC now hangs in the balance amid a global outcry over Moscow’s doping history.

Valieva is due to compete again on Tuesday in the women’s individual event, forcing CAS to rule on her continued participation before then, with the hearing finishing in the early hours of Monday.

“The hearing was concluded, it was a long hearing. Now the panel will deliberate until tomorrow morning, the end of the morning,” CAS Secretary General Matthieu Reeb told reporters.

“We hope to be able to announce a final decision tomorrow at around one, two or three pm tomorrow afternoon and there should be an announcement which should be either by press release on the website or a public announcement also tomorrow.

“We need to organise that and we still have some work to do… I cannot comment on anything at the hearing but I hope to give you a decision … in a few hours.”

When asked if Valieva gave evidence, Reeb said he could not answer the question.

An automatic provisional suspension, imposed after any positive test, was lifted by the Russian Anti-Doping Agency on Wednesday.

But the International Olympic Committee (IOC) and World Anti-Doping Agency (WADA) filed appeals to CAS to reinstate it.

Initially it was thought the case would be heard by CAS’s six-member doping unit, but the court later said its legal disputes unit would be handling it.

WADA also said on Sunday that it would ask its independent Intelligence and Investigations Department to investigate the coaches, doctors and other adults surrounding the athlete.

Angelina Jolie At US Capitol Presses For Domestic Violence Law