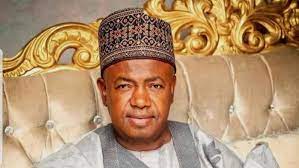 Pasali was said to have died in an Abuja Hospital, after a protracted ilness.

Late Pasali was President Buhari’s chief campaigner, during the 2015 and 2019 general elections.

“Our brother Alahij Danladi Garba Pasali, has just died in a private hospital in Abuja,” he said.

Late Pasali was also until his death the National Secretary of the Independent Petroleum Marketers Association (IPMAN).

He is survived by one wife and many children.