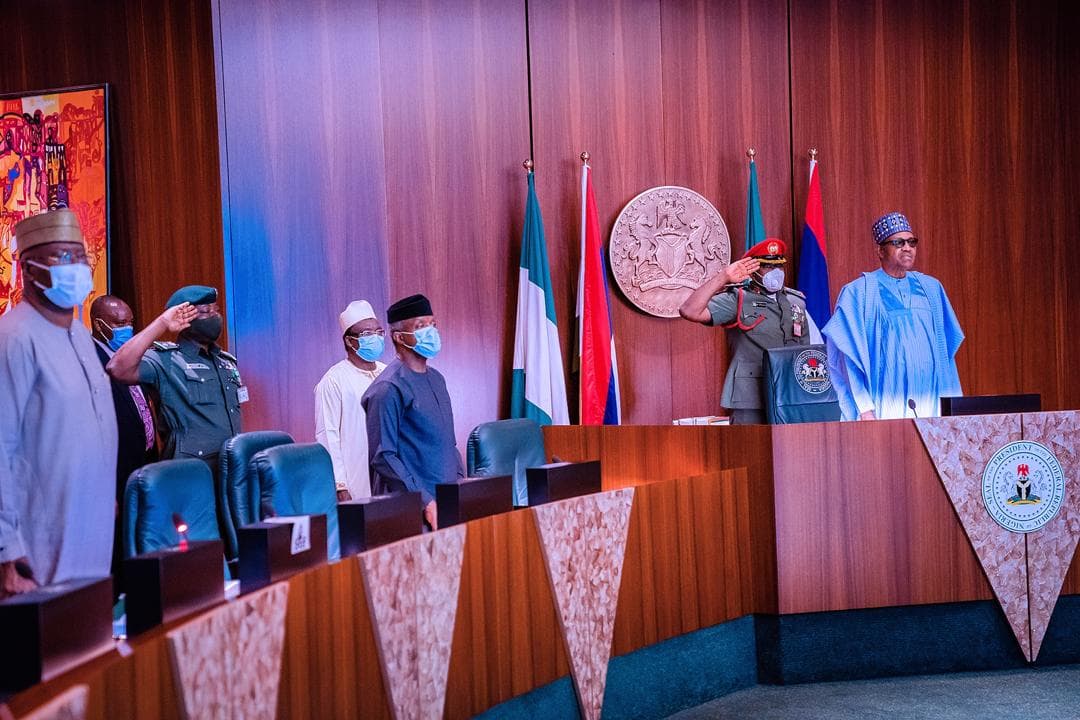 In attendance at the brief swearing-in ceremony, which took place at the Council Chambers of the Presidential Villa, Abuja, were Vice President Yemi Osinbajo, President of the Senate, Senator Ahmad Lawan and the Speaker of the House of Representatives, Hon. Femi Gbajabiamila.

Also present at the inauguration ceremony were the Secretary to Government of the Federation, Boss Mustapha; the Chief of Staff to the President, Professor Ibrahim Gambari; the National Security Adviser (NSA), Major General Babagana Monguno (Rtd); and some of the Ministers scheduled to attend the weekly virtual Federal Executive Council (FEC) meeting.