Buhari hails Nwajuba for Resigning Ahead Of Directives – Presidency 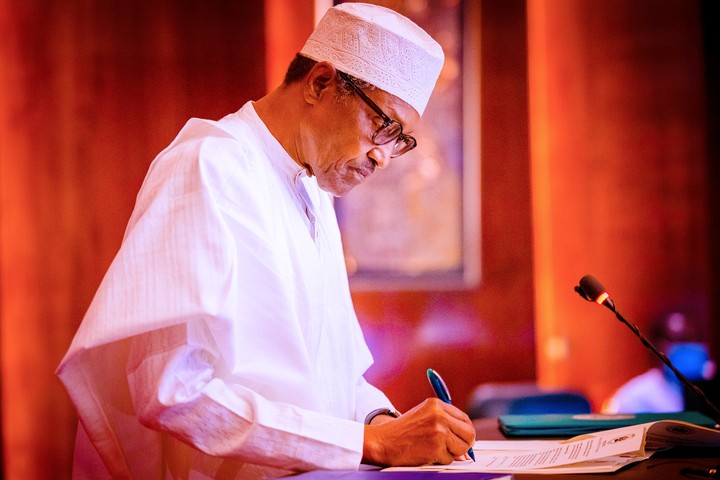 President Muhammadu Buhari has commended Minister of State for Education, Emeka Nwajuiba, for tendering his resignation ahead of the Federal Executive Council (FEC) meeting’s directive at the State House, Abuja.

The Senior Special Assistant on Media and Publicity, Garba Shehu, made this disclosure in an interview granted Hausa service reporters in the Presidential Villa.

According to Shehu, Buhari at the FEC meeting asked the Ministers with political ambition to toe the footsteps of the Minister of State for Education who resigned before the meeting.

According to him: “the President has given a directive to ministers who purchased nomination forms to contest for the Presidency.

“He told them to follow the example of Minister of state for Education, Nwajuba who purchased form and tendered his resignation. The President said anybody who bought form to contest any elective position, excluding the Vice President, should immediately resign and face his ambition. That is the directive he gave.

“First of all anyone aspiring for the Presidency should not remain in position. What I want people to understand is that whether there is law or no law, the President is the one who appoints and he has power to remove any appointee. He has asked them to immediately resign so we are waiting to see what they will do”.

He added that a Curcular will soon be issued by the Secretary to the Government of the Federation, Boss Mustapha to explain the category of political appointees to be affected by the Presidential directive.

According to Shehu: “I will advise that you wait for the circular that would be issued by the secretary to the government. The circular will explain in details those affected”.

The Information and Culture Minister, Alhaji Lai Mohammed, had earlier told State House Correspondents President Buhari told the ministers that they are to resign on or before Monday, May 16, 2022.

Justice Mary Ukaego Peter-Odili Bows Out Of the Supreme Court