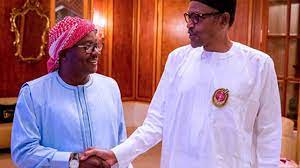 Buhari, in a statement Wednesday by his spokesman, Garba Shehu, congratulated Embalo on surviving the coup attempt and commended the loyal troops in Guinea Bissau for showing patriotism leading to their “spectacular victory over the disloyal elements of the military.”

He condemned the coup attempt to and extended the goodwill and support of the government and people of Nigeria to the Guinea-Bissauans and the Embalo administration.

Embalo said the situation had been brought under control and that “all is well, and normalcy fully restored.”