BoSAN Calls For The Establishment of National Constitutional Court 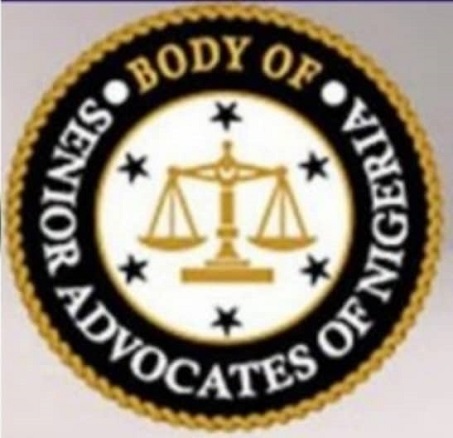 In order to address the issue of unjustified delays in court proceedings brought on by the prioritization of political issues, the Body of Senior Advocates of Nigeria (BoSAN) yesterday advocated for the immediate creation of a constitutional court.

According to BoSAN, the proposed constitutional court would address all “constitutional, political, and election problems.”

Chief Adegboyega Awomolo, a Senior Advocate of Nigeria (SAN), added that the court would be a federal court and have the status of a high court with divisions in all of the federation’s states and the Federal Capital Territory. He spoke on behalf of other senior advocates.

Awomolo, who spoke at a special court session commemorating the beginning of Federal High Court Legal Year 2022/2023, lamented that, “within this last six months that most courts are fully engaged in attending to political cases, the primary and statutory causes of this court under Section 251 (1) -(4) of the Constitution have suffered inevitable delay.

“The founding fathers of our democracy and those who fashioned the specialised and exclusive jurisdiction for this court did not envisage the aberration of cases on political disputations arising from lack of internal democracy, political shenanigans and impunity in the management of political parties, as one that will interrupt this court from doing its constitutional duty.

“Normal cases inevitably had to suffer adjournments thereby frustrating good and urgent causes. With all humility, we have reached a stage when very urgently, the Parliament, Judiciary and stakeholders in the administration of Justice should consider establishment of National Constitutional court of Nigeria.”

BoSAN claimed that when the court was established there would no longer be the need to take away about 500 judges from their normal court responsibilities to sit on Election Tribunals all over the country.

“The cost of establishing and maintaining this court will be equal to the sum being wasted on provision of logistics, convenience and security for judges, and hundreds of support staff who are made to traverse the length and breadth of Nigeria to adjudicate on political and election cases.

“We urge that this suggestion be given national conversation, with a view to encouraging the parliament to turn its attention to policies that will strengthen the structure of our administration of justice.”

In a welcome, Chief Judge (CJ) of the Federal High Court, Justice John Tsoho, observed that the occasion afforded the court the opportunity to reflect and possibly connect with its history and sacrifices of prominent pioneers in the establishment and sustenance of the court’s legacy.

According to the CJ, the Federal High Court in this new legal year would focus on providing access to justice as much as possible.

“Also, I am more resolute than ever, to keep to my promise of providing innovative methods of improving the administration of justice,” he said.

While assuring that the welfare of judges and staff would continue to receive top priority, the CJ lamented that poor funding of the court was making, “it almost impracticable to effectively achieve its normal running.”

The situation, according to Tsoho had brought to the fore, “the need for the judiciary to exercise more control over its administrative, financial, and operational matters, to have the capacity to implement the necessary reforms within the court system”.