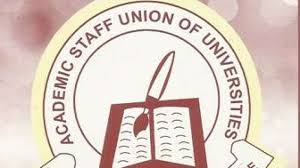 The Academic Staff Union of Universities (ASUU), has raised the alarm that Nigeria has been put on auto run by the Federal Government, warning that the development is inimical to the health and future of the country.

The alarm was raised by the ASUU chairman, in the University of Ibadan, Prof Ayo Akinwole, at a press conference held at the Faculty of Arts, UI, Ibadan, Oyo State, on Wednesday, on the ongoing indefinite and nationwide strike embarked on by the academic staff of universities in Nigeria, which started on Monday, February 14, 2022.

He noted that it took the Federal Government and ASUU four years to reached the agreement on ground, saying negotiation started in 2017 and ended in 2021. He described the proposition of the government that the agreement should be renegotiated as satanic and unacceptable.

His words: “If Nigeria Labour Congress has been asked to call ASUU to order, who else apart from the Nigerian people do the union ask to call the government officials to order? They have made a mess of the long standing tradition of committee system. They have turned committee formation to finding jobs for political jobbers, who will submit their reports that will not be implemented by the government that appointed them. It has become so sad that the country is put on auto run without respect for those they even employ to work for them.

“It is never too late for the government to make it an urgent point of duty to solve thr problem of university education and not think that it will just pass away. It will be getting worse if nothing is done. Problems do not get solved by propaganda, falsehood and deceit.”

He stated further that the “government should face the reality of decay and declare a state of emergency on poor condition of public university in Nigeria and give it what is due to it. Government should stop the isolationism and embrace holistic solution to public university education. Let us stop portraying students’ interest as different from those of their teachers and parents. All the interests converge at improving the quality of life and educational infrastructure.

“The piece meal solution of part payment of earned academic allowance, grossly I adequate disbursement of revitalisation funds, erosion of university autonomy, and proliferation of universities should come to an end. You cannot kill the goose that lays the golden egg. Nigerian academics deserve a commensurate living wage consequent on the economic context of Nigeria today in order to maintain the dignity of their work.”