ARCHBISHOP MARTINS CHARGES LAWYERS TO BE HOLY AND SUPPORT ONE ANOTHER 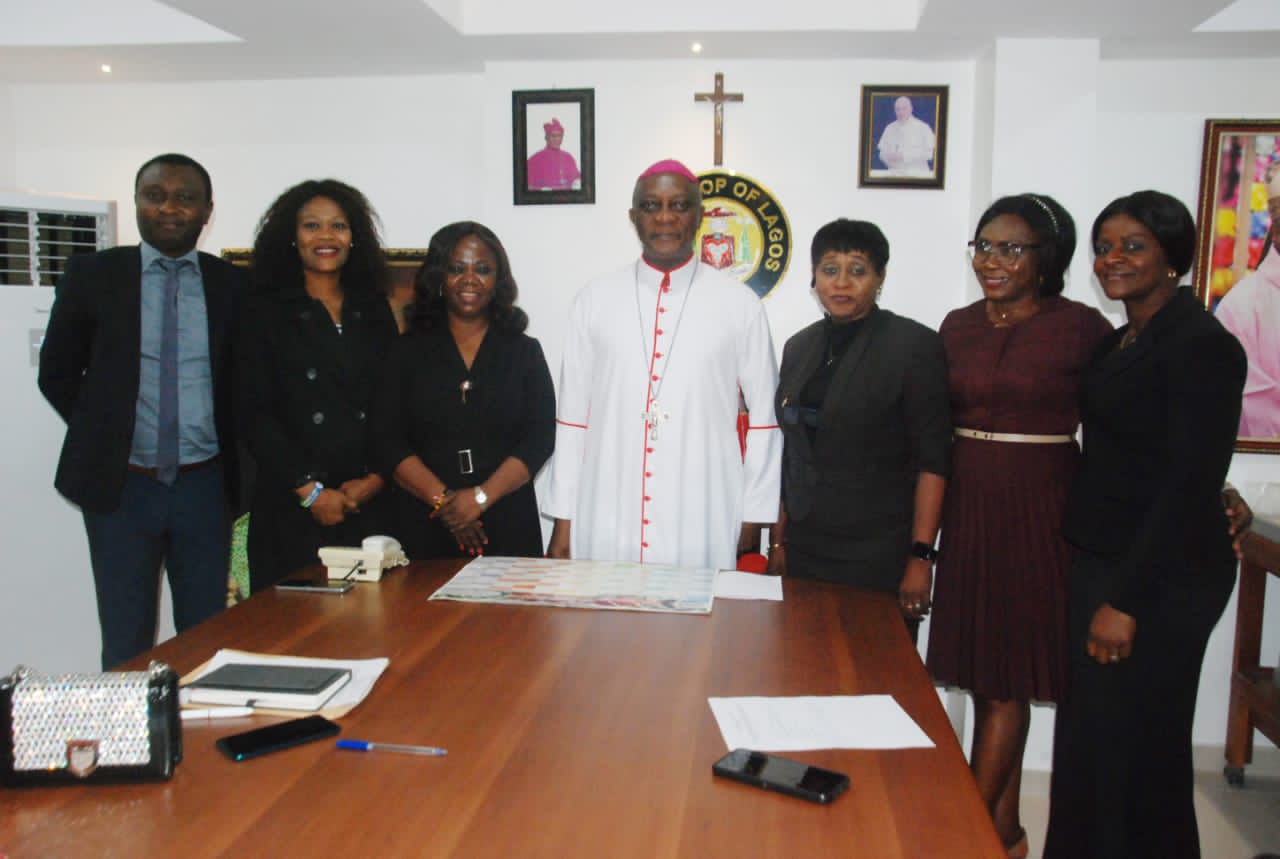 The Metropolitan Archbishop of Lagos, Most Rev. Dr. Alfred Adewale Martins has urged all Catholic lawyers to remain holy and cultivate the habit of supporting one another as we proceed on life’s journey. Archbishop Martins stated this when the newly inaugurated Executive of the National Association of Catholic lawyers, Lagos Archdiocese, paid him a courtesy visit in his office at the Chancery, on Monday, 28th November, 2022.

The Executive Committee, led by the immediate past President of the Association, Philip Njeteneh, thanked his Grace for his continued support and for always being available particularly for “Lawyers day with the Archbishop” and the traditional “New legal Year Mass”.

The President of the Association, Florence Atuluku, in her remarks requested for more support from His Grace and stated that members of the Association are willing and available to serve the Archdiocese in any capacity where their services may be needed. She highlighted some of her plans and vision for the association which includes rendering assistance to Awaiting Trial Inmates who cannot afford the services of a lawyer, assisting indigent parishioners with legal issues and the inauguration of the Association in more Parishes across the Archdiocese.

The NACL Lagos President, Ms Atuluku briefed the Archbishop on the roadmap for NACL Lagos in the next four years.

His Grace, in his response, charged Catholic Lawyers to attain Holiness of Life, assist her members and indigent parishioners and above all, make Heaven the supreme goal at the end of our sojourn here on earth. He further thanked the immediate past president and his team for their service and for successfully completing their term. He congratulated the newly inaugurated Executive Committee and assured them of his continued support and collaboration where necessary.

While invoking God’s blessings on the executives and members of the Association, the Chief Shepherd of Lagos encouraged the executives to continue the good work and wished them a fruitful tenure ahead. Police To Collaborate With Lawyers To Uphold Citizens Human Rights