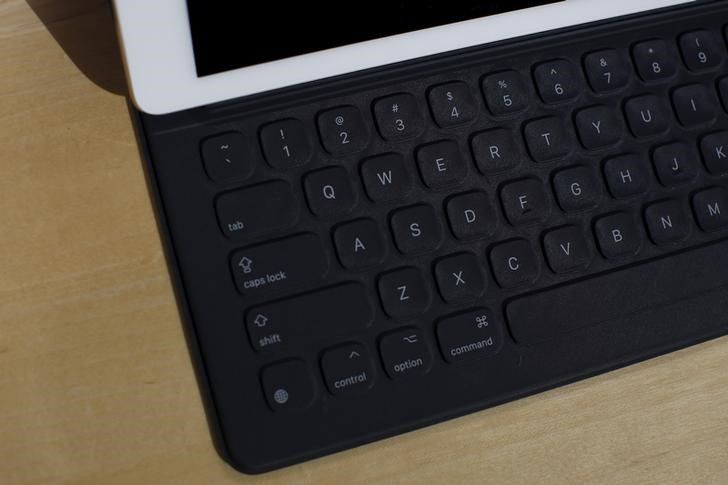 Apple Inc is entitled to a federal trademark for its “Smart Keyboard” iPad accessory and the U.S. Patent and Trademark Office was wrong to decide otherwise, the tech giant told a Virginia federal court in a lawsuit against the agency on Friday.

Apple said the PTO erred when it found that “Smart Keyboard” is a generic phrase instead of a distinctive name that customers would associate with Apple’s accessory.

The PTO declined to comment. Representatives for Apple did not immediately respond to a request for comment on Monday.

Apple introduced the Smart Keyboard, an iPad cover that also functions as a keyboard and stand, in 2015. It applied for a federal trademark covering “Smart Keyboard” later that year.

The PTO rejected Apple’s application in 2018, and the office’s Trademark Trial and Appeal Board upheld the decision last year. The board said “Smart Keyboard” was a generic term for “technologically advanced keyboards” and could not be a registered trademark.

But Apple told the Alexandria, Virginia court Friday that the term “Smart Keyboard” had rarely been used to refer to anything other than Apple’s accessory.

“This strongly indicates that consumers do not understand or use ‘smart keyboard’ as a generic ‘everyday’ term,” Apple said. “If it did, it would be used widely in the industry.”

Apple also said there are hundreds of other federal “Smart” trademarks, including marks that Apple owns for its “Smart Cover,” “Smart Case,” and “Smart Connector” iPad accessories.

Apple asked the court to force the PTO to register the “Smart Keyboard” trademark. The lawsuit said a ruling against the company could degrade Apple’s brand and lead to consumer confusion.