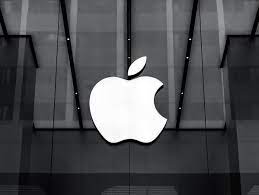 A U.S. appeal court on Friday threw out a jury verdict ordering Apple Inc (AAPL.O) and Broadcom Inc (AVGO.O)to pay $1.1 billion to the California Institute of Technology for infringing its Wi-Fi technology patents and ordered a new trial on damages.

The U.S. Court of Appeals for the Federal Circuit said the January 2020 award by the federal jury in Los Angeles, one of the largest ever in patent cases, was “legally unsupportable.”

It also upheld the jury’s findings that Apple and Broadcom infringed two Caltech patents, and ordered a new trial on whether they infringed a third patent.

Caltech had sued Apple and Broadcom in May 2016, alleging that millions of iPhones, iPads, Apple Watches and other devices using Broadcom chips infringed its data-transmission patents.

The jury had ordered Apple to pay Caltech $837.8 million and Broadcom to pay an additional $270.2 million.

Caltech, Apple and Broadcom did not immediately respond to requests for comment.

Apple is a major purchaser of Broadcom chips, and in January 2020 reached a $15 billion supply agreement that ends in 2023. Broadcom has estimated that 20% of its revenue comes from Apple.

Caltech’s damages model was based on an argument that the school could have simultaneously negotiated a license with Apple for devices containing Broadcom chips, and a license with Broadcom for chips used elsewhere.

“The mere fact that Broadcom and Apple are separate infringers alone does not support treating the same chips differently at different stages in the supply chain,” Linn wrote. “Caltech’s two-tier damages theory is legally unsupportable on this record.”