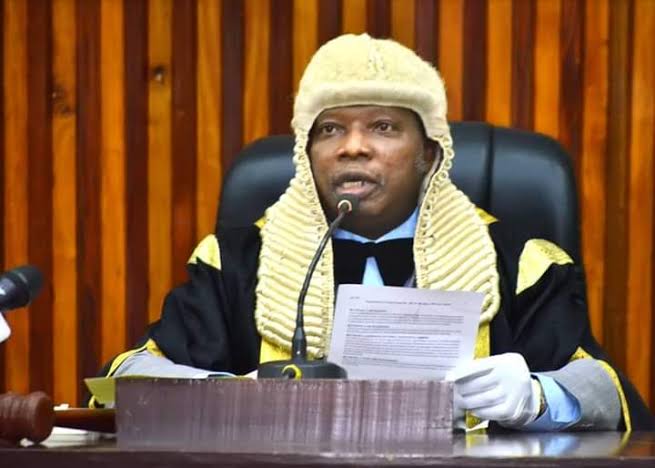 The Operatives of the Economic and Financial Crimes Commission (EFCC) have arrested the Speaker of the Ogun state House of Assembly, Olakunle Oluomo, for alleged fraudulent activities.

The operatives had last Thursday arrested Mr Oluomo around 9:00 a.m. at the Murtala Mohammed International Airport in Lagos.

The speaker was, however, released late Friday night but asked to return on Monday.

When the speaker returned to the EFCC’s office on Monday, he was detained.

A source said Mr Oluomo and two other suspects were in the EFCC custody as of 9:43 p.m.

The speaker and his media aide, Abdulgafar Adeleye, did not respond to phone calls seeking comments.

Wilson Uwujaren, the EFCC spokesperson, did not also respond to phone calls.

On Monday, the anti-graft agency filed an 11 count charge against Mr Oluomo and the Clerk of the House, Adedeji Adeyemo, and the Accountant, Oludayo Samuel.

A fourth suspect, Adeyanju-Nimota Amoke, who is suspected to be the former Accountant of the House, is still at large.

The EFFC’s Lagos Head of Legal Monitoring Unit, Rotimi Oyedepo, filed the charges against the speaker and the three other defendants before the Federal High Court, Abeokuta, Ogun State.

Multiple sources both at the assembly and in the EFCC said that the speaker turned down several invitations extended to him by the EFCC.

The suspects may be arraigned before the court on Tuesday