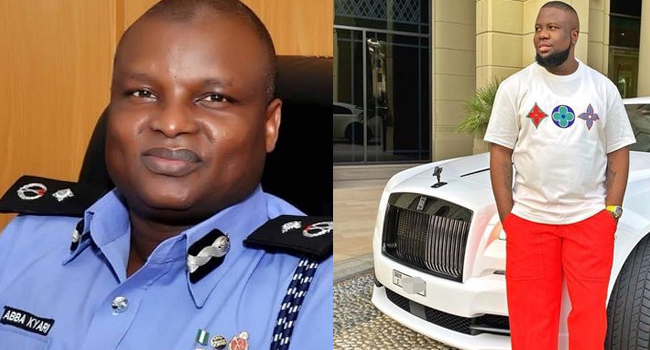 The Police Service Commission has deferred its decision in the case involving the suspended former Commander of the Inspector General of Police Intelligence Response Team (IRT) and Deputy Commissioner of Police, Abba Kyari over his alleged connection with the suspected fraudster, Abbas Ramon commonly called Hushpuppi.

The PSC is also insisting that a new panel be set up to conduct a fresh investigation into the matter.

A statement issued by the commission on Friday and signed by its Head of Press and Public Relations, Ikechukwu Ani said the commission made its stance known at its 14th Plenary Meeting held on Thursday, February 10th 2022 in Abuja which was chaired by Alhaji Musiliu Smith, a retired Inspector General of Police and Chairman of the Commission.

The decision of the Commission comes two weeks after it rejected the report of the panel set up by the Inspector-General of Police, Usman Baba Alkali to investigate the alleged connection between Abba Kyari and Hushpuppi for lacking depth.

The Standing Committee on Police Discipline and Appeals of the PSC had also directed the Inspector-General of Police, Usman Alkali Baba to carry out a more thorough investigation on the matter and submit its report within two weeks in line with the advice by the Attorney General of the Federation, Abubakar Malami (SAN) that all loopholes in the matter be tightened.

Mr Kyari was suspended for alleged involvement in a $1.1 million internet fraud allegedly perpetrated by Hushpuppi and four others – Abdulrahman Juma, Vincent Chibuzo, Rukayat Fashola, and Bolatito Agbabiaka. The Federal Bureau of Investigation had alleged that Hushpuppi paid $20,600 to two bank accounts allegedly provided by Kyari on January 20, 2020.

Meanwhile, the Commission at its 14th Plenary Meeting also considered 20 pending disciplinary matters and five appeals as well as petitions from the Inspector General of Police and aggrieved serving and ex-Police Officers.

It also considered and promoted 89 staff of the Commission with a promise to ensure that staff promotion would continue to receive priority attention while they should ensure they, at all times put in their best.