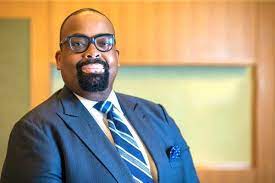 The President of the Nigerian Bar Association (NBA), Olumide Apata has expressed his disappointment with the way things are going as regards the Electoral Amendment Bill Assent declined by President Muhammadu Buhari.

Apata said, “I am so disappointed with the way things have turned up. Everything about Electoral bill spelt progress but we can’t get it right if steps are not taken.

“Everything about the bill spell progress for the country. The bill should have been passed long ago. The president and the National Assembly being of the same party should have ironed this out to avoid this logjam.”

The NBA leader also said the booby trap set may catch up with the nation and send the country back to square zero.

He, therefore urged the National Assembly to take out the provision of direct primaries and transmit immediately to the president for assent, who should be given the benefit of doubt.