Electoral Act: Buhari Has Not Been Fair To This Country – Ene Obi 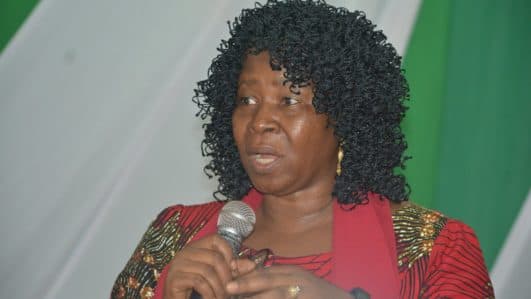 Civil Society leader and the ActionAid Nigeria’s Country Director, Ene Obi, says President Muhammadu Buhari has been unfair to Nigerians on the Electoral Amendment Bill which he refused to assent.

This was said in Abuja at the Citizens Town Hall on the Electoral Bill 2021, a forum organised by Yiaga Africa.

The Civil Society leader slammed Buhari for “wasting” the 30- day window without communicating to Nigerians on why he had to withhold his assent.

While blaming the National Assembly members for “some errors” in the bill, she said Buhari must be accountable for the 30 – day period which he was required to sign the bill.

“The President has not been fair to this country,” she declared.

Also speaking, the Executive Director of the Civil Society Legislative Advocacy Centre (CISLAC), Auwal Ibrahim Musa Rafsanjani, said he was not surprised that Buhari refused to assent the controversial bill into law.

“For seven years, the President who said he had been a victim of electoral fraud has refused to sponsor a bill to improve the electoral process,” he said.

He asked the National Assembly to hit the ground running upon resumption of the recess by removing the area of concerns pointed out by major stakeholders in the Electoral Bill, and send it for the presidential assent.

According to him, members of the civil society have done enough to improve on the bill and won’t entertain any delay from the lawmakers.