2023: Time For Youths To Take Over From Older Generation – Yahaya Bello 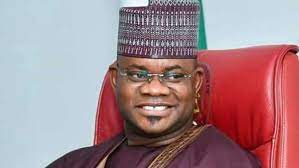 Ahead of the 2023 elections, the All Progressives Congress (APC) presidential aspirant, Governor Yahaya Bello has cautioned Nigerian youths against casting their votes in favour of “retirees” who, in the actual sense, should be at home nursing their grandchildren.

Speaking at an induction programme for members of Rescue Nigeria Mission (RENMISS) in Kano yesterday, he equally cautioned them against siding with the aspirations of those who would gift them with favours to get their votes only to abandon them for the next four-year period.

Bello, represented by his Chief of Staff, Abdulkarim Asuku, held that demographic distribution in Nigeria showed that Nigerian youths have an overwhelming population over the older generation, who are below 10 per cent of the overall population.

According to him, this democratic advantage indicates that Nigerian youths could democratically take over from the aged generation and elect one of their own to the presidency in 2023, even as he offered himself as the best man to serve their interest in that regard.

“Why would we relegate ourselves to the backbench if truly we have a total of 60 or more per cent of the electoral votes? Why do we allow them, the older ones, to decide our political fate?”

Bello lamented that over the years, Nigeria has unfortunately found itself led by leaders who did not care about their wellbeing or the interest of the future generations.

He, however, expressed optimism that a younger leader would resolve all of these challenges and give Nigeria the right leadership.