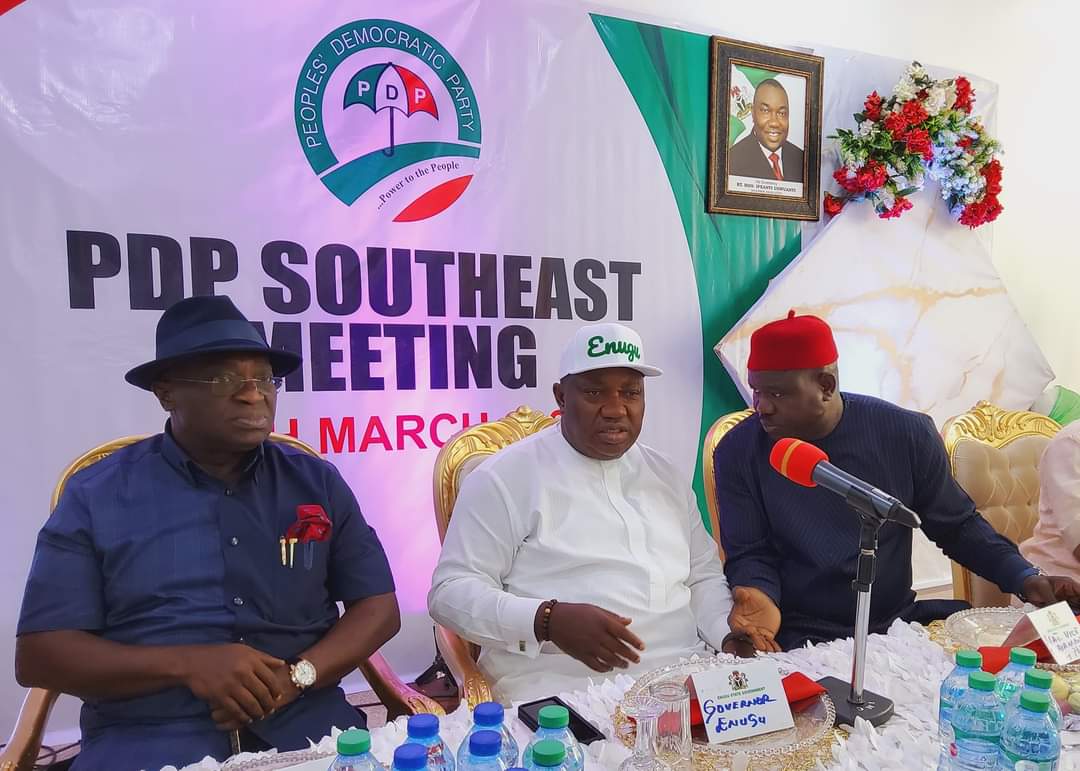 The Peoples Democratic Party (PDP) in the South East geo-political zone has aligned with the position of the Southern Governors’ Forum that the next president of Nigeria should come from the southern part of the country.

Briefing newsmen after the Zonal Executive Committee (ZEC) meeting of the PDP, held in Enugu, and attended by the leader of the Party in the South East and Governor of Enugu State, Rt. Hon. Ifeanyi Ugwuanyi, his Abia State counterpart, Dr. Okezie Victor Ikpeazu, the National Secretary of the Party, Senator Sam Anyanwu, members of the State and National Assemblies, members of PDP National Executive Committee (NEC), Board of Trustees (BOT) members, among others, the National Vice Chairman (South East), Chief Ali Odefa disclosed that it was unanimously agreed that the PDP should zone the presidency of the Federal Republic of Nigeria to the Southern part of the country ahead of the party primaries.

Chief Odefa added that the PDP South East stands with the resolution of the Southern Governors’ Forum “that the Office of the Presidency should be zoned to the Southern part of Nigeria”.

Chief Odefa added: “We also went ahead to make interventions for our members who are holding political and elective positions in Anambra State who didn’t defect to other political parties in the time of the election but stood by the party (PDP) in times of bad weather, that they should be given support to return back to their various offices”.

He therefore revealed that the zonal leadership of the party will make a presentation to the National Working Committee for assistance in that regard.