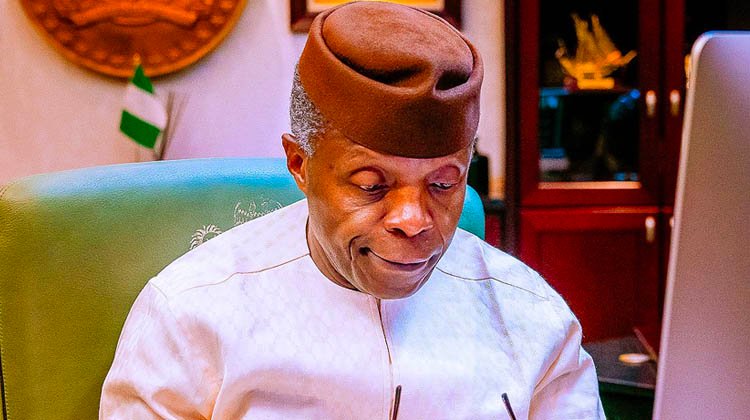 There are reports making the rounds that the VP will formally announce his intention to join the battle for the sole presidential ticket of the All Progressives Congress, APC, on Thursday.

An associate of Osinbajo was said to have disclosed that the Vice President was ready to make his intention public.

However, a government source said that the Vice president will not make such a declaration on the said date.

According to the official, “VP will not be declaring on Thursday.”

The Vice President has left Nigerians in suspense as to whether he would be joining the presidential race or not. This is despite his posters and other campaign materials appearing on different streets in the country.

Meanwhile, the Vice President’s former boss and chieftain of the APC, Bola Ahmed Tinubu, has since declared to run for the presidency come 2023 and has continued his consultations in earnest.

There are notions in some quarters that Osinbajo will not be among those that will battle APC’s ticket with Tinubu.