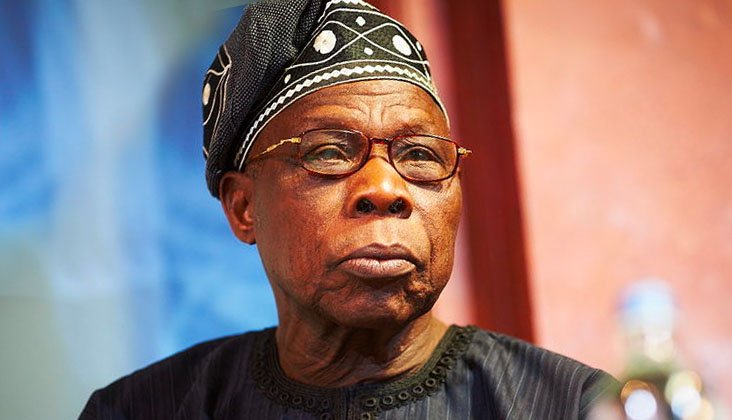 Former President Olusegun Obasanjo has again reiterated that it would gladden his heart to see a Southeasterner emerge as president of Nigeria after President Muhammadu Buhari in 2023.

Obasanjo who has maintained that the time has come to bring total reconciliation to Nigeria by supporting a president of Southeast extraction to emerge in 2023, repeated the sermon yesterday when the founder of New Nigeria Group (NNG) and presidential aspirant on the platform of the Peoples Democratic Party (PDP), Mazi Sam Ohuabunwa, paid him a visit in his Abeokuta, Ogun State country home.

The former president said he also believes that there are a lot of things that Southeasterners can bring on the table. “Beyond bringing unity to Nigeria or being the cement that holds the country together, I believe that Southeasterners can model hard work and entrepreneurship. That will help in wealth creation and fight against poverty, which is ravaging Nigeria,” he said.

He told Ohuabunwa that running for the office of the president of Nigeria was a tough job but expressed happiness that he (Ohuabunwa) has endured up till date and said he was looking forward to the final realisation of his vision to see Nigeria fully united and restored to a country that all Nigerians would be proud to call theirs.

Fielding questions from journalists after the meeting, Ohuabunwa encouraged the people of the south, particularly the southeasterners to aspire to the office of the president because that is what has been done in the past to maintain the unity of the country. “We had southern and northern protectorates, which came together to form Nigeria and since then, our founding fathers had always wanted to maintain peace by ensuring that there is rotation and that we share things.

That is why the federal character principle is in the country’s constitution. We are a nation of diverse ethnicities and geographies, and the only way we can maintain proper peace is to ensure that everybody is treated fairly, and rotation and power sharing are some of the methods of ensuring inclusiveness and making sure that Nigerians feel that they are part of it,” he said.

He noted that Southeasterners had made great contributions to Nigeria, starting from the days of Dr. Nnamdi Azikiwe, and reminding them that they are not strangers neither are they just appendages. “When it comes to political rights, we need to assert our rights and provide that leadership that Nigeria is lacking, and I hope that in 2023, God will offer us that opportunity and Nigerians will come behind us to take Nigeria to become the first world nation,” he added.

He said his ambition is to make Nigeria a first world nation; a globally competitive nation and a nation that works like the other countries, which Nigerians admire. “Most importantly, I want a nation that works for all and creates job for the young people of Nigeria to exercise their creativity and innovation; not a nation of poor, corrupt, jobless people or that of terrorists and bandits. That does not describe us; we are going to change the narrative,” he said.

He said that Obasanjo as a president, showed the highest level of not only detribalization but also fairness and equity as he didn’t discriminate. “He believes in equity but also in merit because he took good people; I mean people like Ngozi Okonjo Iweala, the Chukwuma Soludo and the rest of them worked for him and that is what he represents. He wants Nigeria to work,” he added.

He described the former president as a phenomenon and conscience of the country. “He is the conscience of this nation and we must admit it. He speaks his mind. He is not an angel and he can’t be perfect, but I have never seen a man as bold, audacious, and also, with a heart of humanity as Obasanjo.