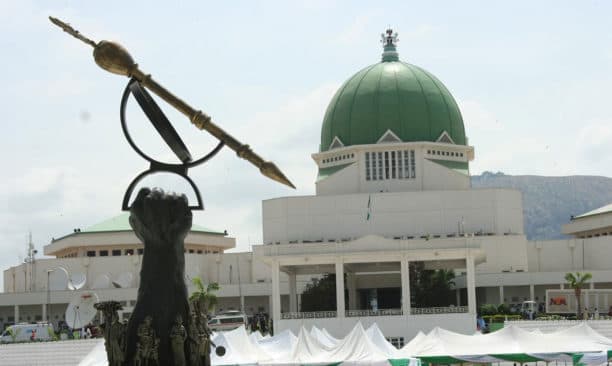 The Independent National Electoral Commission (INEC) on Monday called on both chambers of the National Assembly to hasten action in the passage of the amended Electoral Bill.

INEC said it was already racing against time with regard to the preparations for the 2023 general elections, noting that the framework was needed to back up it’s actions.

National Commissioner, Information and Voter Education (IVEC), Barr. Festus Okoye made the call in Asaba, Delta State, on the sidelines of the opening of a two-day capacity building workshop for Heads of Voter Education and Publicity (VEP) and Public Affairs Officers of INEC from the 17 southern states of Nigeria.

The workshop was organised with support from the European Centre for Electoral Support (ACES) and the European Union.

Okoye who declared the workshop open, told journalists that the commission was determined to deepen democracy through a technologically driven electoral process in 2023 and beyond.

Explaining why the bill needed to be urgently passed and signed into law, Okoye said there is a provision in the proposed law for 360 days notice of elections before the commencement of polls.

“Under the new bill, the commission shall give a notice of elections 360 days to the commencement of poll.

“And you know INEC has already fixed February 18, 2023 as date of election, so when you count backwards, you will see that there is a limited time within which we have to give the notice of election based on the new bill.

“The bill also makes it mandatory that election funds shall be released to the commission at least 12 months before any election.

“So we are desirous of the bill so that whatever funds due to the commission for the purpose of procurement so that we can procure ballot boxes on time, procure cubicles, procure additional BVAS, and procure any other thing we need to procure on time and begin to prepare well for the conduct of the elections.

“Also under the new bill, political parties are obligated to submit list and personal particulars of their nominated candidates at least 180 days to the election.

“The implication is that parties must conclude their primaries ahead of time, at least six months to election for them to remain within the framework.

“So the National Assembly is aware of this, and we are confident as a commission, that whatever issues are involved relating to why the bill has not be passed would be resolved any moment from now.

“There are so many provisions in the bill that would impact fundamentally on the electoral process,” Okoye said.

Addressing participants while declaring the workshop open, Okoye urged them to, as a matter of importance, assist their Resident Electoral Commissioners to engage the media.

“Running away from the media will not make them go away. Engage the media within the ambit of your own ability and expertise.

In a remark, the Project Coordinator, ECES, Hamza Fassi-Fihri expressed the agency’s commitment to ensuring an efficient and seamless communication system in the nation’s electoral process.

The Resident Electoral Commissioner in charge of Delta State, Monday Udo-Tom expressed optimism that the outcome of the workshop would enhance INEC’s communication and perception management strategy, and also enrich the electoral process.

Why Obasanjo Handed Over To Ya’Adua- Dokpesi