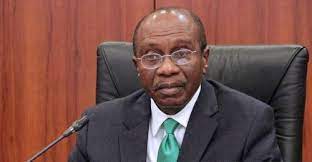 Over 1,000 civil society organizations under the auspices of Coalition of Civil Society Groups (CCSGs), yesterday, described as “fake news” the presidential ambition of the Governor of the Central Bank of Nigeria (CBN), Godwin Emefiele.

President, Bassey Etuk Williams, and Secretary General, Abubakar Ibrahim, in a statement, however, noted that the group would support Emefiele should he decide to join the presidential race.

William said, “We wish to state here that we are not in the business of dignifying wild and wishful statements that only have a basis in the realm speculation, but it is important to set the records straight in the interest of defending the interest of an important national institution from the potent danger posed by the spread fake news.

“Indeed fake news is a threat all over the world and it is on this basis that we are putting out this unequivocal statement, as a nonpartisan and nongovernment organization that has a clear mandate to ensure accountability of public institutions to the citizens.

“The Nigerian people are unaware of any announcement by Mr. Godwin Emefiele to the effect that he is running for the office of president of Nigeria and it is not only unfair to him but also to over 200million Nigerians to try to keep any qualified citizen from running for office.

“It is unacceptable to employ blackmail as a tactic to keep qualified Nigerians out of the race to lead their own country: and there can be no legal or moral question that Mr. Godwin Emefiele meets fits the bill of being qualified, even if his choice of entering the race is a personal one.

“To have referred to a leading member of staff and former Managing Director of Nigeria’s biggest bank by assets, as a ‘failed banker’ betrays both a lack of understanding of simple facts and an overwhelming high amount of bile against progress and development for personal gain.

“It is a globally acknowledged fact that Mr. Godwin Emefiele came into the saddle at a difficult stage in the economic and political history of Nigeria.

“That the economy has continued to run, without disruption to major government services is down to the extraordinary measures adopted by the government’s banker under the leadership of Mr. Emefiele.

“To try to paint the CBN with a partisan brush is nonsensical and reeks of desperation by enemies of the state to cast aspersions on the integrity of such an important institution.

“We call on these groups, as we are well aware that many of their ilk have been mobilized to further derail the serious reforms that have been implemented by the CBN for sustainable management of the economy in the last 6years.

“It therefore called on the said group to retract their statement and apologize to the nation and the CBN Governor for their malicious act, while urging others like them to remain in their hideouts, as we shall not hesitate to push for the full weight of the law and the power of citizens to be deployed against them in the interest of the continued growth and sustainable development of Nigeria.

“This stand by CCGS was declared during a , in an address read pointed that since the return of democracy on May 29, 1999, there has been “an unwritten convention in the country for power rotation between the North and South.”