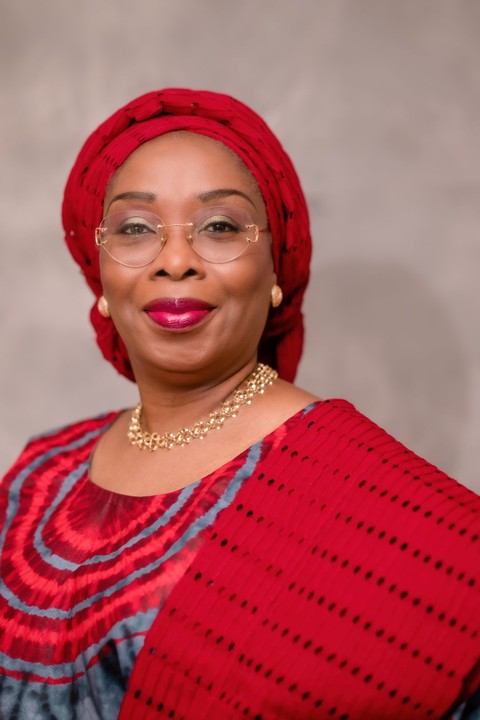 Modele Sarafa Yusuf was a sports correspondent on the NTA in the 1990s. She co-hosted the NTA’s coverage of the 1990 Commonwealth Games in Auckland, New Zealand with Mainasara Ilo (she was then known as Modele Osinaike).

In the 2000s she worked with Globacom as Senior Manager Sponsorships and in the 2010s she presented an interview programme From The Top on Channels Television. She has also worked with the American University of Nigeria.

In 2018 she became the Director of Media and Publicity in the campaign team of Prince Dapo Abiodun and in 2019 Governor Abiodun appointed her as his Special Adviser on Information and Strategy.

Today, I threw my hat into the ring and formally declared my intention to run for the office of Governor of Ogun State on the platform of our great party, the All Progressives Congress.

I made the declaration at a small gathering of market women and men in the Adire/Kampala market, Asero, Abeokuta.

I took the opportunity to listen to them as they talked about their needs and their expectations of the government.

We also look forward to working with all our party leaders across the divides as we prepare for the elections.

I implore you to send positive thoughts and prayers as we embark on this journey to a more prosperous Ogun State.

By the way, we make the best Adire in Ogun State!