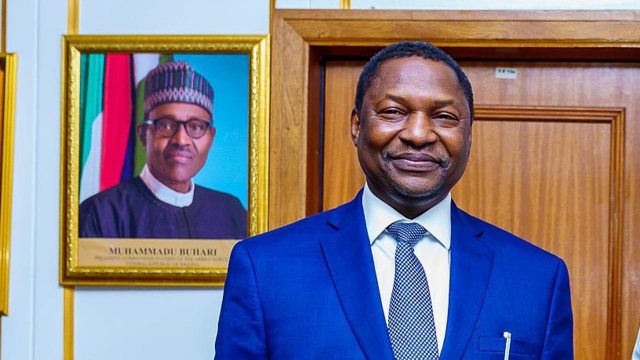 Abubakar Malami, the Attorney General of the Federation (AGF) and Minister of Justice, has stated that the government led by President Muhammadu Buhari is dedicated to putting an end to undemocratic and uncultured acts in the nation.

Malami, a Senior Advocate of Nigeria (SAN), suggested that the accomplishment would be made possible through the application of legally acceptable punishments to violators in order to dissuade future offenders.

The AGF spoke in Abuja at the 2022 International Day to End Impunity for Crimes against Journalists with the theme: “Media, Civil Society and Violence-free Election in Nigeria.”

The Justice Minister noted with happiness that the Federal and some state governments have taken precautionary and proactive steps in taming the tides of undemocratic culture and activities.

“As the 2023 election campaign gather momentum, we chose the theme of this celebration to revolve around ‘Media, Civil Society and Violence-free Election in Nigeria.’

“This proactive engagement has the objective of enlightenment to shun electoral offences, with the sole intention of having healthier processes at all levels of electioneering campaigns.

“It is important to note that recent developments in Nigeria proved that the Federal Government has laudable initiatives to end impunity for crimes against Nigerian citizens.

“Committee to Protect Journalists’ (CPJ) report says Nigeria was the only country to get off the index of nations with impunity for crimes against journalists in 2020.

This achievement, he said, is not unconnected with deliberate and committed efforts of the President Buhari’s led FG, through the implementation of many reforms in the Nigerian justice sector to include increased access to justice, speedy justice dispensation, decongestion of Nigeria’s correctional centres and judicious implementation of the Criminal Justice Act.

“Let me express our appreciation to our partners; the Management Conflict in Nigeria (MCN) programme of the European Union, supervised by the British Council and the Kano State government under the able leadership of Governor Abdullahi Umar Ganduje for their support to this programme,” he concluded.