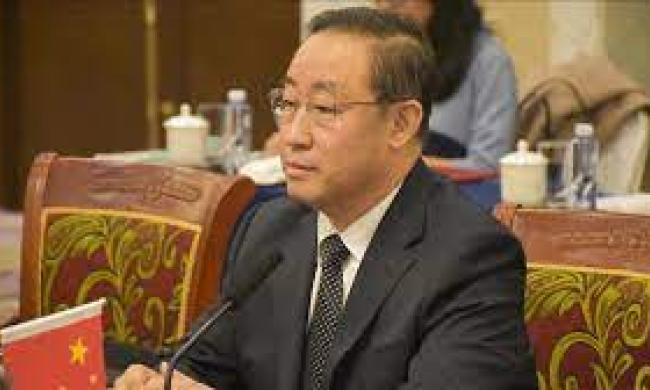 On Thursday, a court in Changchun gave him a death sentence to be commuted to life in prison after two years.

His conviction comes amid a sudden crackdown on officials ahead of a key Communist Party congress next month.

China’s ruling party holds the event once every five years and this time President Xi Jinping is expected to be given a historic third term and consolidate his hold on power.

Fu’s jailing on Thursday follows the sentencing of three other former provincial police chiefs this week. All four men are not only accused of corruption but also of being disloyal to Mr Xi.

They are all alleged to have been part of a political circle led by another ex-security figurehead, Sun Lijun. Sun, who is currently awaiting his sentence, was said to have created his own political faction through helping elevate other officials in the security apparatus.

Xi Jinping famously promised to take out both “tigers and flies”, meaning corrupt cadres at all levels of the party. Surely, the public might ask, the “tigers” have already been eliminated?

Fu’s case is among several that have been widely covered. He was China’s justice minister from 2018 to 2020, after a career where he worked his way up from being a policeman to the deputy head of China’s Ministry of Public Security.

He had led several high-profile investigations into corrupt politicians – including a probe which brought down Zhou Yongkang, one of the most powerful officials in recent years to be convicted of bribery.

But in October last year, the party’s internal watchdog announced it was investigating Fu for “serious violations of discipline and national laws”.

He was dismissed from public office and then in March this year expelled from the Communist Party. He was arrested a month later on the corruption charges.

Prosecutors said he took advantage of his authority to seek gains for others and himself on business contracts, official positions and even legal cases. He was accused of hiding evidence in a criminal case that involved his younger brother.

Sun, the alleged power broker of the group, was a vice minister of the Ministry of Public Security until 2020.

We’re Waiting For Legal Advice From Our Lawyers – ASUU